The Labour Party has issued a call for nominations for its Best Practice Awards which are aimed at celebrating  our members achievements and the fantastic things they do by nominating CLPs, MPs, Assembly Members, MSPs or local campaign teams to receive a best practice award.

I am particularly pleased to see an award in memory of my friend and former European Parliamentary candidate Del Singh (Dhamender Singh Phangurha) and the contribution he made to the Labour movement and international development. Del was tragically killed in a  attack on the Taverna du Liban restaurant in Kabul in January 2014.

I am sure that Del would have felt honoured to have an award in his name and memory. The Del Singh award recognises the brilliant campaigns that are led by the Labour Party’s affiliated and member-led organisations.

To make a nomination please send a 250 word submission with 4 or 5 photos, telling us what you have done, to training@labour.org.uk, the deadline is this Thursday 1 September. Winners will be invited to collect their award at Annual Conference, and runners-up will feature in best practice materials. 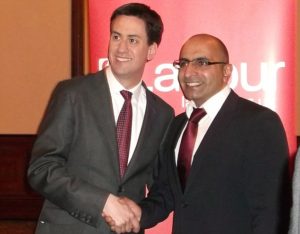 Del was a former advisor to the UN and Department for International Development whose work had taken him to a string of trouble spots.

Born and raised in Southampton, Hampshire, to factory worker parents, he went on to earn a Business degree and a Masters in European Studies, before beginning work with the EU in 2000.

From 2002-2004 he worked for as an Adviser to the European Mission in Kosovo, where he helped develop the first economic national plan for the country.

In 2006/7, in Sudan, he managed a European Commission aid development programme and has also worked on UN and DfID funded projects in Afghanistan, Sierra Leone, Libya, Nepal, and Palestine.

A campaigner for the Labour Party since 1992, he had worked part time between 1999 and 2000 as a research assistant for Nick Ainger, then Wales Minister, and in 2004 in support of John Prescott as Deputy Prime Minister.

Del had hoped to represent the South West in the European Parliament, running on a ticket promising greater regulation for banks and tighter rules on corporate tax.