This week political parties in the United Kingdom have been pushing the public to register to vote. It follows a shocking statistic that almost a million voters may have fallen off the electoral register following the introduction of a new system of “individual sign-ups” by the current Conservative Government. This comes ahead of the London Mayoral election in May, crucial elections in Scotland, Wales, as well as a once-in-a-generation EU referendum.

Earlier today I seized the opportunity to quiz Sam Gould, 24. As well as being young, charasmatic and well informed, Sam was the Labour Party’s Parliamentary Candidate for the Romford constituency seat in the recent General Election and has previously contested local elections in the London Borough of Havering. Sam hasn’t let Labour’s devastating performance at the last election put him off politics as he continues to visit schools to share his experience and remains an active member of the GMB Young London committee.

What is your background?
I’m from Romford, just on the Greater London-Essex commuter belt. I went to my local comprehensive school before studying a BA degree in politics at the University of Essex where I also got to study for a year in Washington DC. After graduating I ran community campaigns for a number of NGO’s and third sector organisations. I now work for a Labour MP.

What triggered your interest in politics and what’s your political background?
Erm…I don’t really have one. Politics was never discussed with family or friends when I was younger. I fell into it when I was at Sixth Form, we had these ‘taster sessions’ of all the different A-Level classes we could take. I had my heart set on being an accountant (which says a lot about the teenage me) so I knew what A-Levels I wanted to do and had a spare session, I was near the politics department so I went in, it was all downhill from there. I wasn’t even a member of the Labour Party until after the 2010 General Election.

What do you think are the most pressing issues of our age?
That’s a pretty big one. We are witnessing a number of crises right now, but a lot of them are marked by increasing inequality. The housing crisis, for example, is growing deeper because we have a class of people (landlords) who are making very good money from ever-increasing rents, this allows them to buy more properties which inflates property prices. This means less people can afford to buy and have to rent for longer, putting more money in the pockets of landlords. So we have this spiraling inequality between landlords and tenants which is at the heart of the housing crisis. But there are so many more examples; gender inequality, racial inequality, generational inequality. You shouldn’t have got me started.

Because the question of inequality is so broad, the answer needs to be overarching. What needs to be done is move power away from groups that have a disproportionate amount of it and spread it to those who have less. I believe that for this to happen across society we need to first start by addressing inequality in the political sphere. Politics is power and politics is pale, male and stale. I’m not just talking about the fact that a disproportionate amount of MPs or peers are old, white men but that the way we conduct politics only talks to old, white men. Whether this be the way we debate (shouting at each other across a chamber in PMQs) or the act of voting itself (going along to an dusty church hall to put a cross on a bit of paper with a pencil, an act that is quite alien to a lot of people). The only way we are going to change this is by encouraging people from a variety of backgrounds to get involved in politics, stand for office (whether this be as an MP, Councillor or Local Party Officer) and shift the balance of power within politics.

But young people don’t vote – only 43% of young people voted in 2015? Why do you think this is?
Because politics doesn’t speak for, to or about young people. The average age of an MP is 50. Most bills that are passed that effect just young people are hurting them. When it comes down to bills which effect young people most, for example the recent maintenance grant vote, we’ve got a situation where we have a chamber mostly full of old people legislating on laws that do not effect them and young people lose out, they are right to be pissed off. Why would young people want to participate in that system?

On top of that we have zero compulsory political or citizenship education in this country. So, if your friends or family aren’t talking about politics, your main source of education about the political parties and what is going on in the world is the media or spin from the political parties themselves. How are people supposed to make head or tail of that? When I was a candidate the majority of young people that told me they weren’t voting told me it was because they genuinely didn’t know what the difference between the parties was. I’m surprised it’s as high as 43% if I’m honest. 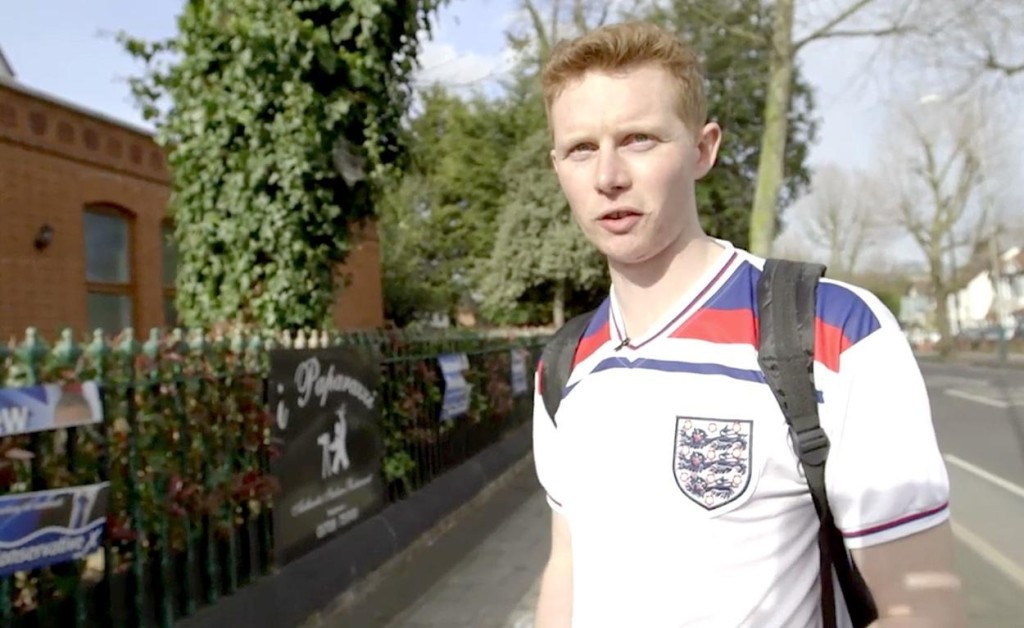